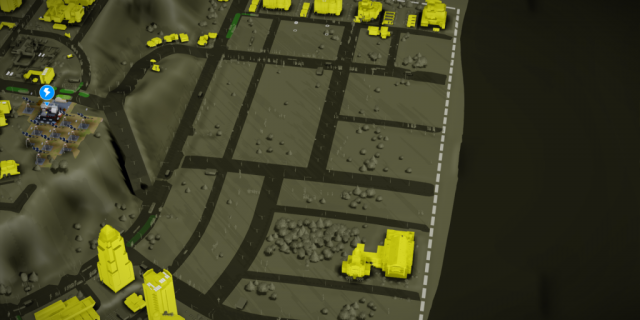 A court order now allows The Bugle to publish leaked plans from the Mayor’s Office that shows a drastic re-zoning of East Simsville, and other major changes to the way the city operates.

The plans were first leaked onto popular Internet forum Reddit, but a last minute injunction from the Mayor’s Office prevented The Bugle from publishing the plans until the matter was heard in court yesterday. Judge Frompton eventually ruled in favor of The Bugle’s First Amendment rights, and we can now reveal the controversial plans in detail.

The leaked plans, uploaded to Reddit by an anonymous source within mayor Peter Less’s office, shows existing streets and avenues being ripped apart, and entire suburbs torn down. If the plan is implemented, thousands could lose their homes as a result!

Other less drastic changes are perhaps even more controversial. All medium density intersections will now be fitted with traffic lights. A new city ordinance would also allow the mayor to use one of the city’s helicopters to commute to and from city hall, despite the mayor’s luxurious residence being only a couple of blocks away.

Before and After: How the Mayor’s Office will change East Simsville 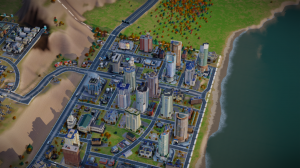 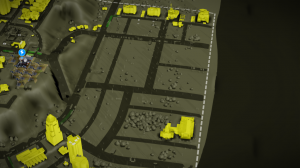 But there were also positives changes outlined. A new city ordinance will force the re-training of fire dispatchers in the city to improve efficiency. A much needed reaction to the Great Fire of 2012, when half of the city nearly burnt down because all fire trucks in the city had been dispatched to the same fire, while other fires were evidently ignored. Public transport will also be improved thanks to newly available routing software that will ensure buses and trams go to high volume stations first. Also included will be new funding to help sufferers of Landlockia.

A memo attached to the plans provides the following rationale for these drastic changes:

As expected, the discussion on Reddit about these plans have been explosive.

Conspiracy theories abound, with most believing these “Simsville 2.0” changes will not fix any of the city’s fundamental problems, while others espouse theories that it could actually make things worse.

User ‘lurker_becomes_lurkd’ did not have positive feelings towards these changes or the Mayor’s Office: “I tried so hard to defend the Mayor’s Office for so long, but I’m throwing in the towel. This is an utter and complete failure.”

User ‘bdepz’ was less diplomatic when he/she posted: “This is a sick f***ing joke right??”

“Sewage problem with ferry terminal, sewage not been taken,” predicted ‘StachTBO’. “High air pollution [will be] appearing from nowhere”, theorized another user, ‘Boxii’.

And it wasn’t just Simsville residents that complained about the proposed changes. “I just found my receipt but its too late to return,” said Elm Grove resident ‘TPounceTWP’, referring to the receipt of his train ticket for a planned vacation in Simsville.

The Mayor’s Office declined an invitation from The Bugle to comments on these proposed changes.

Robert Mudge is a graduate of Simsville University, and Internet editor for The Bugle. He currently lives in the suburb of Hill Shadow, and lives with his cat, Smiggles.
View all posts by Robert Mudge →
Tweet Pin It