Opinion: Universities Are Great, But So Are Grade Schools And High Schools
New Study: Lack Of Subway Hurting Tourism, Traffic 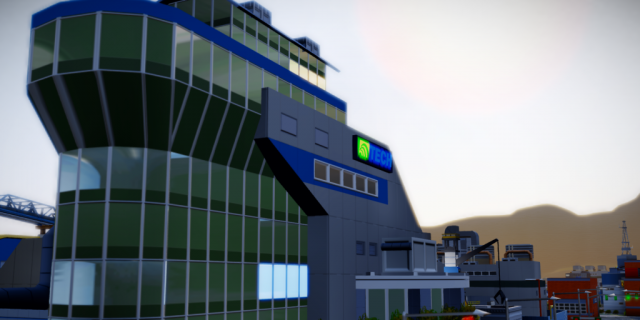 The following is a transcript from Wednesday’s episode of CSBC’s Crazy Money with Jeff Finley:

JEFF FINLEY, HOST: Loyal viewers of the show will know that I never hold my punches. I punch where it needs to be punched. And I punch hard. And today’s punch target is Whitewater Valley, and indeed the entire nation’s obsession with consumer electronic factories, and to a lesser extent, processor factories.

ROGER OJEDA, FUND MANAGER: It’s good to be back again.

JEFF FINLEY: I’ll get straight to the point as I usually do. As part of my recent book signing tour, an autobiography the Simsville Bugle gave three thumbs up, I went on a tour of some of this nation’s most prosperous cities. And you know what I found was the common denominator in these cities? An endless sea of consumer electronic factories churning out TVs and computers, and all supported by sometimes an even bigger lineup of processor factories. Steve, Roger, you know what this tells me? It tells me there’s a bubble right now, and where there is a bubble, there is a burst bubble. And a crash. And you guys know the rest, you’ve all been there.

STEVE WEGNER: Well Jeff, I have to disagree. As the CEO of the country’s largest makers of TVs and computers and processors, I can assure you that there is an unprecedented demand for these items that, you know, I don’t think will run out for the foreseeable future. And …

JEFF FINLEY: So you’re saying that the sky is never going to fall?

STEVE WEGNER: Well, I would never say never [laughter], but from what we can tell, things are looking great.

JEFF FINLEY: So Roger. What does your friends on Wall Street say about all of this? Are they as optimistic as I think Steve is here? 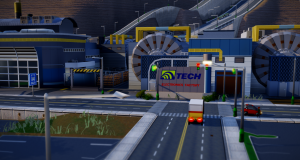 ROGER OJEDA: Jeff, Steve, I think the truth lies somewhere in between what you guys are trying to say here. Is there a bubble in consumer electronics? Yes. Will it burst at some point, like all bubbles do? Yes. Will it crash the market? No. I agree with Steve that, for the foreseeable future, things look great, and will probably get even better. For example, in your home region Jeff, I think, I think the news is that they’re gonna build a space center, and you know those things need tons of computers, right?

I do disagree that the boom will last forever, but when things start to go downhill, we see  it as a gradual thing, a gradual decline, not the end of the world stuff you’re always predicting Jeff.

JEFF FINLEY: You know I’m an optimist at heart.

JEFF FINLEY: I don’t know, I just don’t see the point of building 7 or 10 factories, and you know, basically, you know half of your city is basically just a giant electronics factory. I’m no environmentalist, but even I can see, and smell, that it can’t be good for the air you know. With all that waste being dumped everywhere, it’s amazing animals haven’t been mutated. I don’t want a giant lizard to wreck havoc all over town like some crazy Japanese movie.

STEVE WEGNER: Well, the Japanese do know what they’re doing when it comes to electronics though, you have to agree.

ROGER OJEDA: Environmental impact aside, there’s money to be made in electronics and I think the market is just responding to the demand. Good old Economics 101.

JEFF FINLEY: Well, you know, I trust your opinion Roger and I hope you’re right. But if a giant lizard comes to my town, I’ll expect you’ll let me stay at your place in Riverbend Park. [Points at Roger Ojeda] You should see this guy’s house, I mean mansion, wow!

JEFF FINLEY: Okay folks, that’s all we have time for today. I’d like to thank my guests Steve Wegner of Tech Inc, and Roger Ojeda from Whitewater Mutual.

Join me tomorrow again for Jeff Finley’s Crazy Money, only on the premier financial cable channel, CSBC. See you tomorrow, and may the bull be with you.

Jeff Finley is The Bugle's business and financial editor, having had 25 years worth of experience working on Wall Street. He is also the host of the wildly popular CSBC financial television program Crazy Money with Jeff Finley. Jeff's interest include money, stocks and takeovers.
View all posts by Jeff Finley →
Tweet Pin It