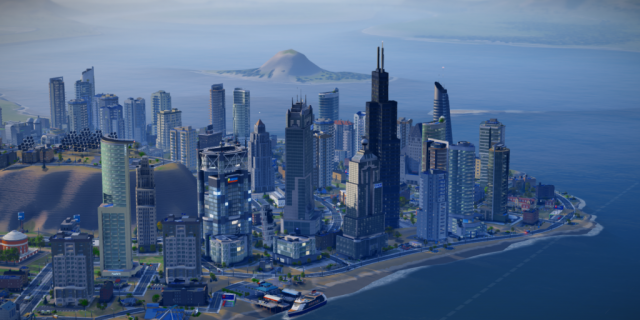 No, not the sandwich joint.

But highly efficient trains that can run underneath our city’s overcrowded streets and dramatically alleviate our traffic problems. Or so a new study says.

A new study by the Whitewater Valley Institute of Advancement has found that cities in the Valley would all benefit from having some kind of subway system, the lynchpin of advanced cities such as London, Paris and New York. Without it, Simsvillians will be left sitting pretty in their cars for hours and hours, and if the traffic crisis continues, struggle to make it to work, or the shops or back home in time for the latest episode of everyone’s favorite TV show, Plum & Bob.

In fact, the traffic situation is so bad in nearby Elm Grove that it takes some citizens there all days to just get to and back from the grocery store. The average Elm Grove citizen have to wait 78 minutes for a bus with spare capacity to arrive. The traffic problems are also causing severe disruptions to the once lucrative tourism trade in Elm Grove, with the few tourists now only congregating around the city’s train station and port, afraid to venture further into the city for fear of not arriving back at their hotels in time for bed.

The study named and shamed local governments, including our very own mayor Peter Less, for lacking the vision and planning to facilitate a subway system for the town, which should really have been one of the first options available to city planners. Mayor Less only last week refused to provide any details on whether the city is even planning for a subway system when asked by reporters of The Bugle, only making a vague statement about a proposed viability study that will unveiled before the next DLC.

The next DLC, or District Legislative Council, is a quarterly convened committee in which mayors of the Whitewater Valley region gather to discuss joint future planning initiatives. Critics of the DLC have labelled it a giant waste of time and money, pointing to endless discussions on topics that, in the words of one political activist, are really “core features” of any city that should have been “included from day one”. “It’s just an excuse to waste more of our money,” the activist said at the time.

Emily Reyes grew up in neighboring Whitewater Crossing, but moved to Simsville to pursue a career in llama herding, only to find her true calling as a travel and hospitality editor for The Bugle
View all posts by Emily Reyes →
Tweet Pin It